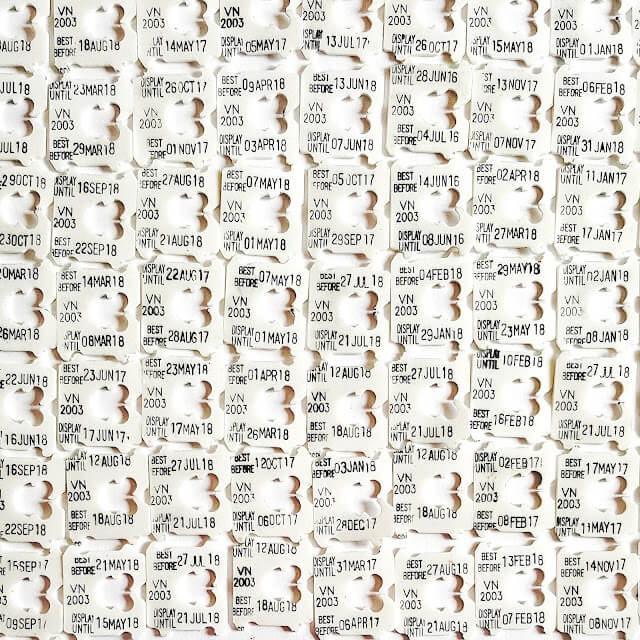 Breadtags are tiny mundane little bits of plastic. Ordinary, boring, simple, something most never think about. However, I am one of the  strange few who are the exception to this because I spend way too much time thinking about them, because of THE BREADTAG PROJECT.

Before you think of this as strange, do me a favour?

If we remove the word BREADTAG, and look at these objects as just a piece of human archeology, a human artefact of the modern world, they really can be a bit fascinating. How so?

So starting at the beginning…

The breadtag entered the world  at a time when plastic was slowly becoming a more common way of packaging goods. Until then, cardboard and paper were the usual way of things being packaged and carried, especially at grocery stores. But the upsurge of plastic meant that something was needed to close plastic bags effectively, quickly and securely. The breadtag was invented, and emerged as a real problem solver. It was efficient, and easily incorporated into factory settings as the packaging and volumes of food processing increased, and food production and distribution becoming became more automated. Food suppliers, store owners they loved them.

The general population saw breadtags as winners too, because they were effective and simple. The ability to be close bags easily became a selling point as no-one wanted to throw away food because it was spoiled.

Bigger populations, more people, more food. And more BREAD and carbs everywhere. No longer made at home or from little corner store bakeries, but bulk amounts of bread in supermarkets. All with breadtags. Populations keeps rising. Food consumption rising ( and  waste too incidentally). Breadtags, or ‘tag closures’ are popping onto foods everywhere. It is a global world, and tags are spreading like mad, as is plastic usage in a zillion ways, and we now rely on it for all sorts of commodities. 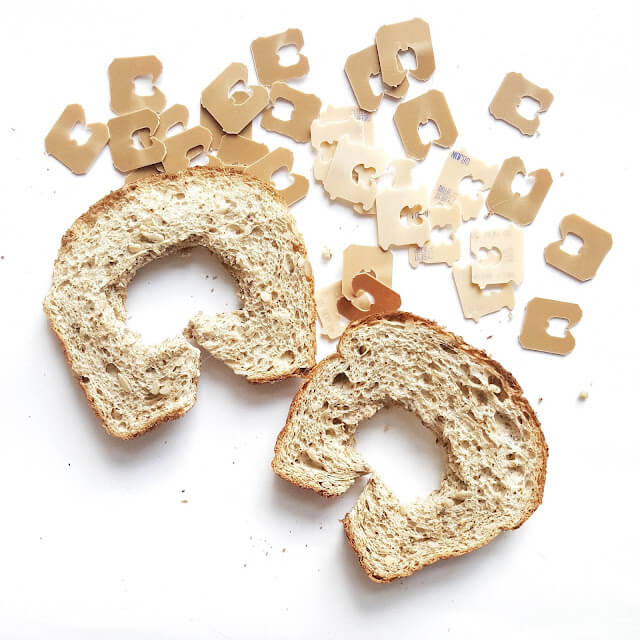 But we do not notice yet there is a potential problem here, because we are happily sliding through baby boomer years, oblivious to the problem lurking, growing. Things are cruisey, life is good. Plastic – light, strong, versatile – it truly seemed like a wonder product.

Cue forward some more but this time with a little niggle, and with a little more information. So, where does this wonder thing plastic actually come from?

Plastics are derived from natural, organic materials such as cellulose, coal, natural gas, salt and crude oil. Crude oil is a complex mixture of thousands of compounds and needs to be processed before it can be used, so the production of plastics begins with the distillation of crude oil in an oil refinery — not a place known for its environmental credentials.

Scientists and people who care about the environment know this, and have begun  to notice something. The environment is showing some signs of not being happy. Alarm bells begin to sound.

People who hang out at beaches, and spend time in and around oceans, begin to notice lots of crap and garbage washing up and floating about. Reports of a vast expanse of plastic swirling around in the oceans  come to light. Now regular people and consumers are beginning to take notice too. Grass roots groups form, and then the wider community begins to accept some basic information and truths that scientists have been telling us for a while now. Climate change and associated problems are openly debated, discussed, and almost universally accepted.

And now we are in 2020, and as it stands, plastic pollution has become a much more widely recognised issue. Some nations are preparing to ban single use plastics, some already have. Some cities and towns have banned plastic bags, and supermarkets now make us pay for bags, and no longer hand them out for free. Plastic straws are seen as a bit nasty, and there are viable alternatives. Recycling bottles and plastics is a ‘thing’ that many households do, and all councils encourage us to do. Single use disposable plastics are being seen as a problem.

Some of us realised this quite a few years ago, and that that breadtags were one of the little things we try to eliminate, because surely there are more sustainable, environmentally friendly materials and solutions? 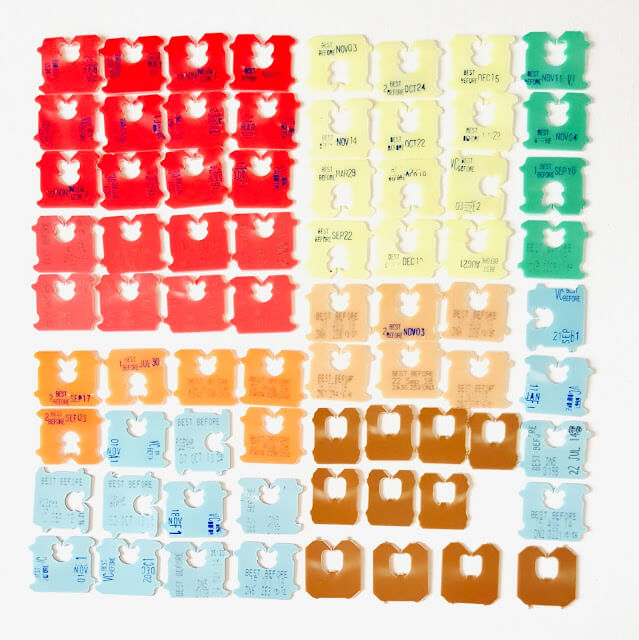 They are generally made of plastic number #6, polystyrene though, which is not as recyclable like other plastics can be. But why worry about breadtags anyway? They are so small, surely they do not pose too much threat? But they are so small, who really cares?

But like a beach made of grains of tiny particles,( as well as all that crap and garbage they collect as flotsam and jetsam) you begin to add a few here and there, or a few thousand here and there, and before you know it there is a tsunami of them. And they are no longer a solution, but a problem. A massive, ginormous amount of unrecycled plastic.

Breadtags  will only very slowly degrade, become micro-plastics, become part of landfill, get into waterways and  potentially into the gullets of animals, fish and birds, and also humans. So yes, they ARE a problem, for all living things.

As history begins to turn, people are slowly moving towards making wiser decisions (even if it is at grass roots level) and beginning to become aware of our over-reliance on plastic, how we are plundering oil and mining resources from the earth at a staggering rate. That this story, this narrative needs to change.

The age of fossil fuels and plastic is no longer just good news.

And soon, I anticipate the breadtags will come under as much attack as plastic bags, straws, styrofoam cups and other plastic nasties. I predict ( and hope) they will become obsolete.

So from emerging initially as a hero, a wunderkind, a thing that solved problems to evolving into a dastardly, pesky little thing, the breadtag has truly charted the evolution of plastics, factory automation, population increase, globalisation and different eating habits, and the dawning consciousness of caring for our planet and sustainability. 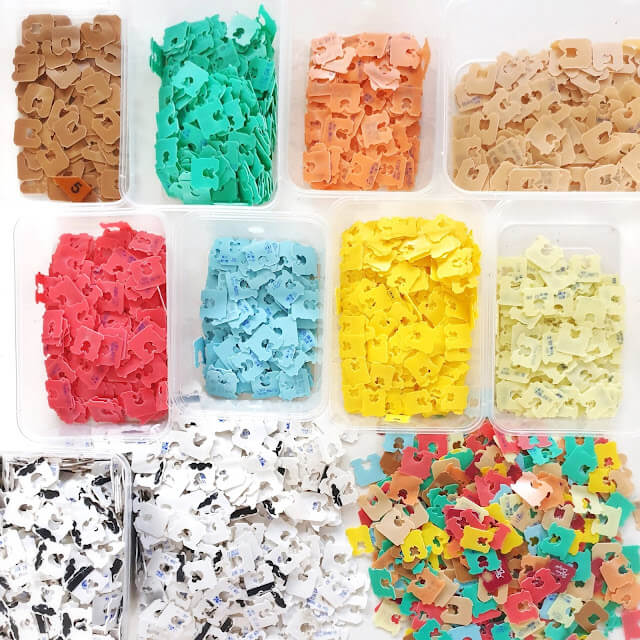 Its story has followed our disposable lifestyle, when they were tossed aside  nonchalantly, with no care at all about how many resources are used to create them, to now being one of the symbols of how things must change, and how our environmental consciousness has been elevated. 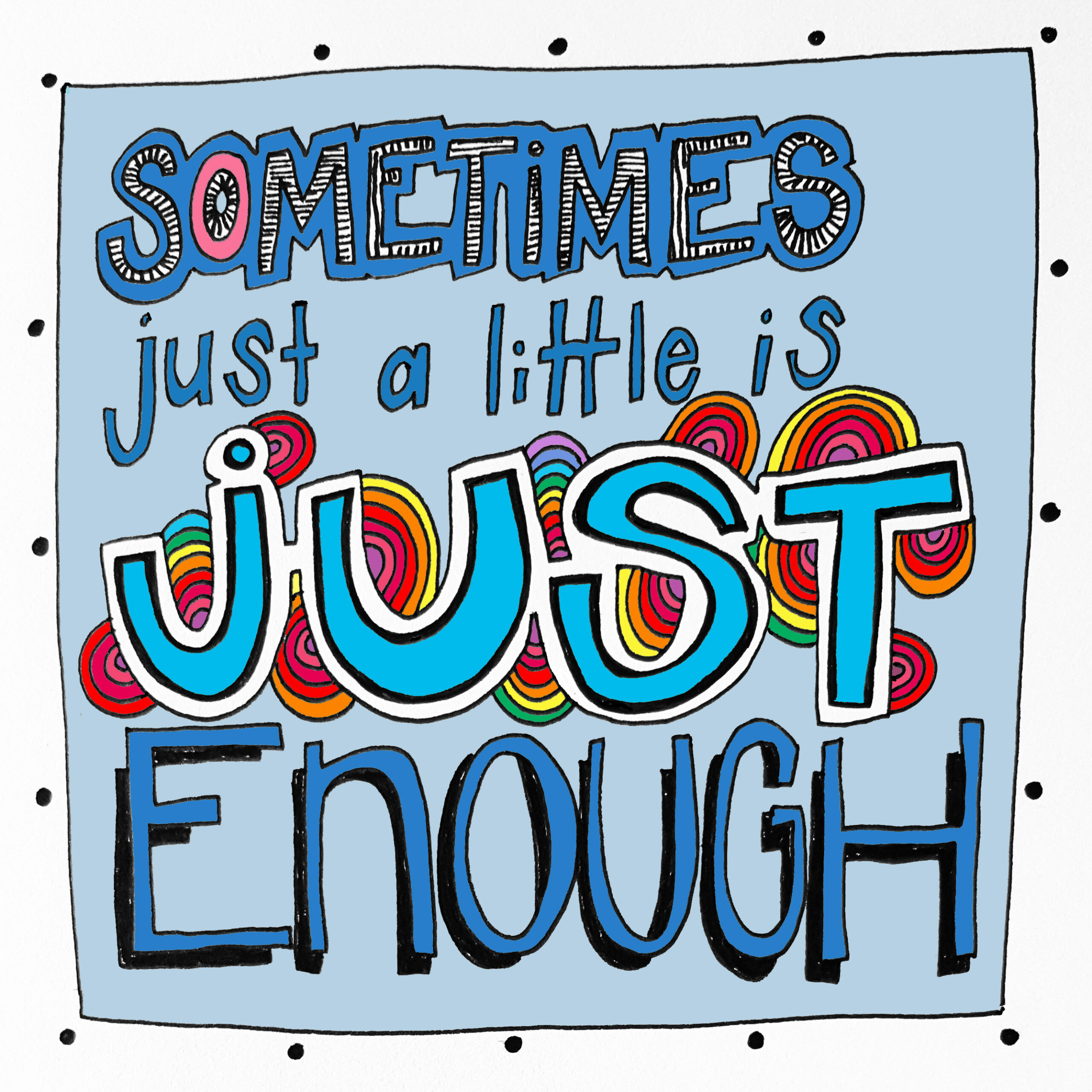 A funny thing happens to me, often, that leaves me quizzically bemused and pondering. It feels like whenever I start to feel a bit BLEUERGH about what I am doing, creatively,  questioning myself, my work, my process, my stuff, the universe sends me a little kicker message, a little positive thing . It is like it… 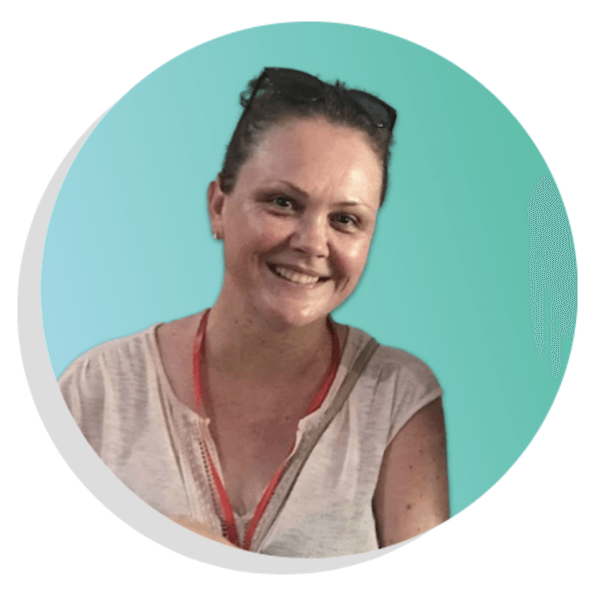 Part of having a little business means that I sometimes you need to ask for advice or guidance. But I am surrounded by wage earners- not really business people – who have no experience to pass on or firm advice. Compounding this, I live in rural NSW, in relative isolation with a brain that is… 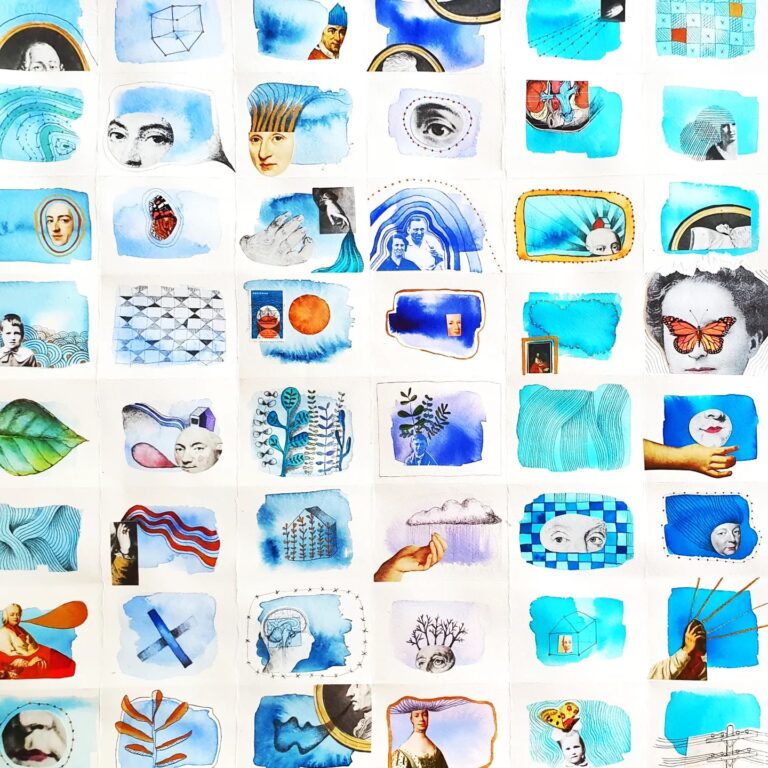 Recently I presented a talk to a Regional Arts Organisation, Orana Arts, the topic being… How might mental attitude towards your practice might impact on what professional and creative opportunities you pursue, and how to push through the doubts that all artists have at some  point…? Have you seen the thing about the creative process… 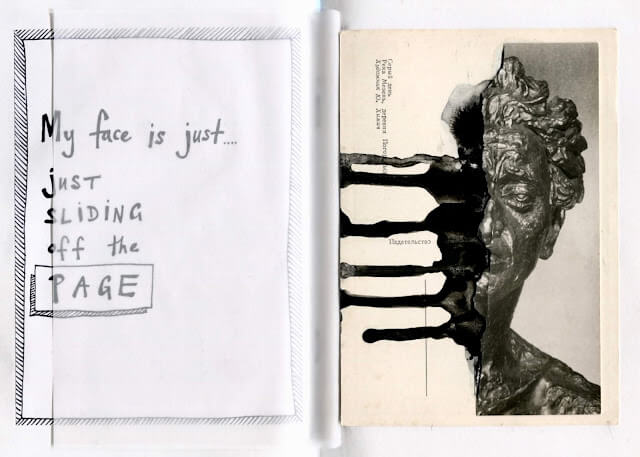 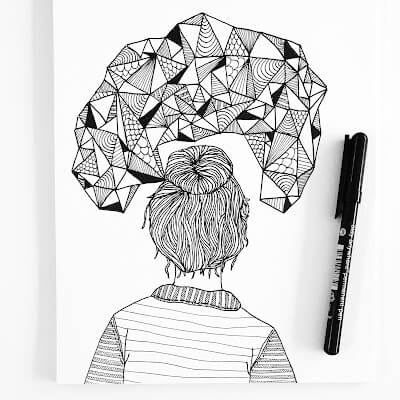 HELLO THERE! Oh my lordy it has been a LONG LONG LONG time since I wrote anything on here. Please do not be cranky pants! I am a bit of a shocker at saying NO to things, I am really shitty at time management, I get overwhelm, I juggle a lot of balls… and sometimes… 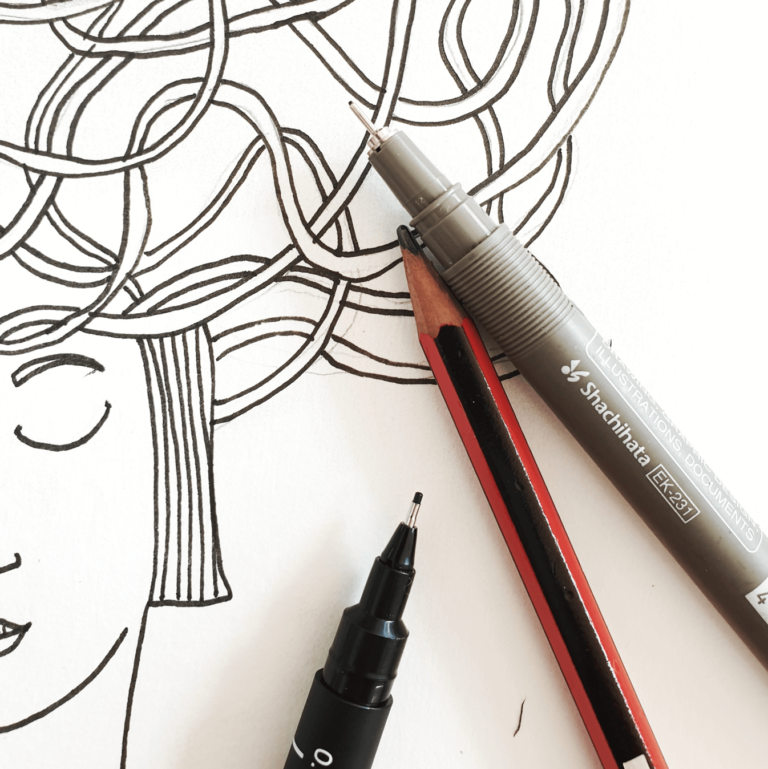 WOOOHOOO!!!!! Look at me Blogging again!  Who woulda thunk it!? So here I am, sun outside, a cup of tea by my side, chill music on, family occupied elsewhere, and lockdown happening. It feels good to be bashing out words on the keyboard again, I have missed it LOTS. A bit like exercise or eating…