Fine artist/Illustrator/Educator/Presenter/ Creative lady… these are some of the ways of describing me, Shani (rhymes with rainy) Nottingham. I am the human behind rare pear studio.

I am based in regional NSW where in my lovely light-filled studio and home that is crammed with artworks, books, plants, pets & quirky collections, I create and make.

I have been drawing & making all my life, which led to completing a Visual Arts degree in Photography and Illustration in my twenties — when darkrooms and chemicals were still the norm! 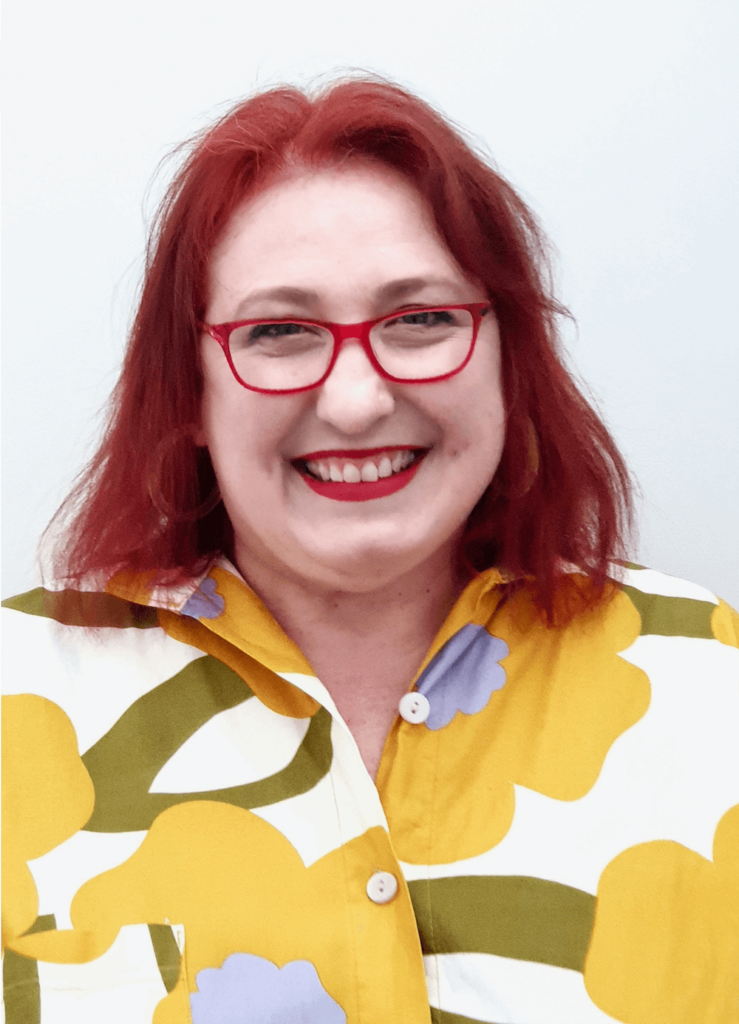 Although wide and varied, my art has connecting themes of colour, texture & pattern from collected small elements & objects, referencing notions of beauty & comfort in mundane, common everyday life. I am continually drawn to collections of all types, & how these represent time & experience. I have regular solo exhibitions, have been selected for many curated group shows and received grants, residencies and won awards for my work.

My portfolio bursts with whimsy and colour, but I am equally happy with the subtle nuances of neutrals. I create to make my heart happy and I find joy in the process of making. People tell me my work is fresh, unique and uplifting — which pleases me immensely.

In addition to  my illustration and fine art practice, I  am the founder of THE BREADTAG PROJECT, and sometimes find time to blog. 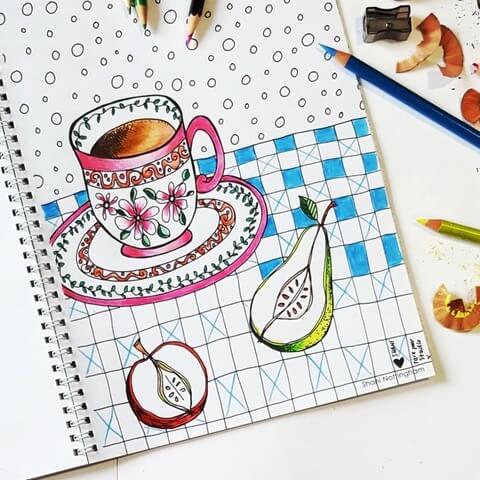 About The Breadtag Project

About 5 years ago, when my son still lived at home, and seemed to INHALE loaves of bread, I would find lots of breadtags all over my kitchen benchtops. I put them in a little bowl, not even thinking about why. There they amassed, they gathered, they multiplied.

Eventually I actually SAW them — these common, everyday mundane bits of pesky plastic — while sipping a tea, and thought, WOW  what interesting colours they were.

Being an artist who loves colour, I took them to my studio and used them to create some little images with, some fun photos to put on Instagram. I wondered what other colours were out there in breadtag land. So I googled.

And found out about the colours, but also about how BAD these bits of single use plastic are. I was shocked.

I learnt about the type of plastic they are made from, how hard they are not usually recycled, how they become micro-plastics or get swallowed by fauna, fish and birds. I learnt about the resources that go into making these things that get used once then tossed.

From this dawning realisation, came the Breadtag Project.

Aiming to save breadtags from going to landfill, using them to create art and installations to create awareness to STOP them from being produced, to create a space to have dialogue about plastic pollution. To nurture creativity and being mindful of our choices, taking small steps to living more sustainably, educating our kids about ways to look after this amazing earth. Of not bombarding people with facts and figures, but getting them involved in a positive, empowering way that encourages other small actions.

So now people around the world send me breadtags. These are used to create artworks, from content for social media, and art in2D and 3D in multiple forms and mediums,  installation pieces, ephemeral works in nature and work shown in galleries and public spaces. I also create lessons and workshops across key learning areas for education and learning with breadtags as the facilitator.

At the end of my project, the majority of these tags will be donated to a charity, who on-sells them to a bespoke recycling company, and the charity uses the money to buy wheelchairs for those in need. The donated the tags are turned  by the recycler into  hand made products, and a circular economy of the breadtag is created! How great is that.

Even better, some major bakeries have heard the growing voice of alarmed consumers, asking why we need to produce THOUSANDS of single use plastic breadtags, and have begun rolling out compostable cardboard alternatives. Such a brilliant start — and an important one to making breadtags an artefact of the past. You can follow along on Instagram.