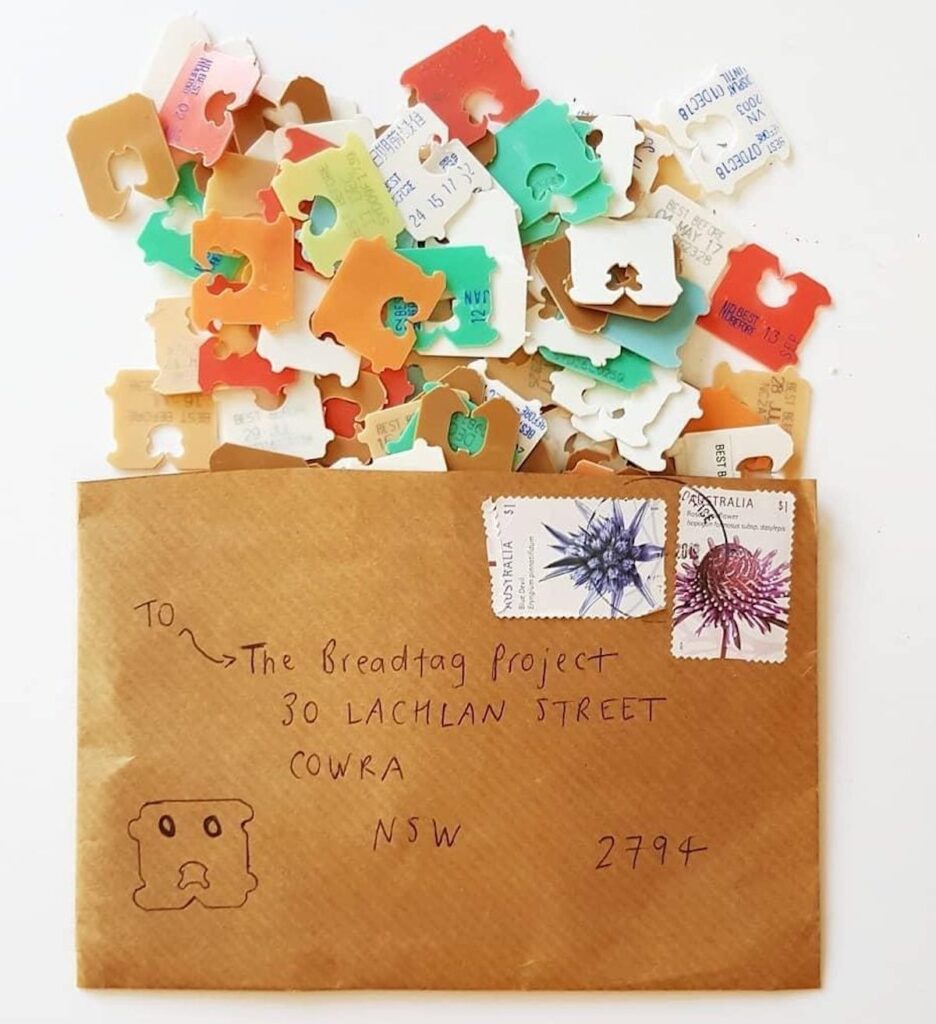 Shani Nottingham plans to change the world – one bread tag at a time.

The collector, teacher, artist, blogger and influencer from the central west NSW town of Cowra is, above everything else, an environmentalist.

For her, collecting and the environment go together, mainly, she says, because they have to.

Four years ago, after suffering personal trauma, she took stock – of her life, her family’s, and that of the world around her and founded The Breadtag Project. This artistic, environmental and mindfulness education project is designed to raise awareness of the effects of single-use plastics on the environment. 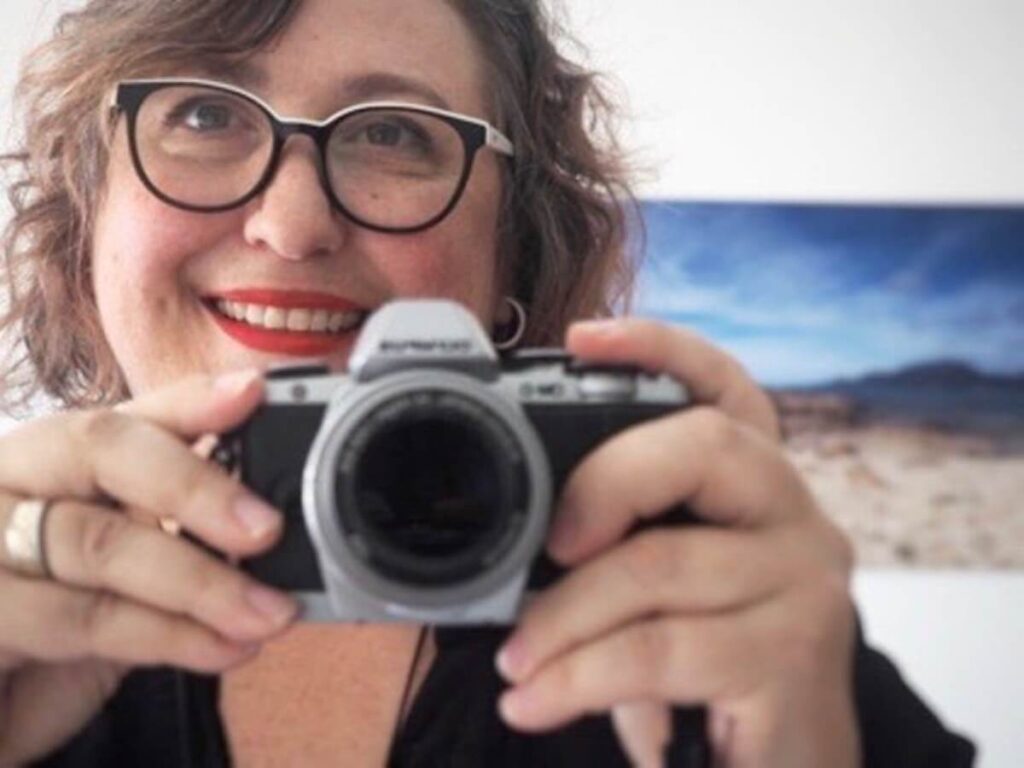 Shani set up Rare Pear Studio, where everything she does, even breathing sometimes, involves bread tags. You know those annoying little things whose only point in life is to keep bread fresh. Sadly, according to Shani, this is heavily outweighed by their danger to society, its humans, animals, and everything that breathes.

So she collects them.

Envelopes, bags, buckets, car and truckloads of them – either herself or people send them to her. The more off the streets, the rivers and the more in her artwork, the better for everyone.

She also collects life aims. Like wanting to have 50 collections. She has, at last count, 120.

They include rubber bands (“I love all different colours”), keys, measuring tapes and knitting needles.

“Every time I go into an op shop to get needles, the ladies in there always say I must love knitting because I get so many needles.”

She doesn’t. She just likes storing them in Fowler’s Vacola jars.

“You could say I come from a family of collectors,” she said. “My parents collect magnets and tea towels.

“I remember when I first saw the ABC TV show The Collectors, it validated my existence. For the first time, and this was in pre-social media days, it was not just doing what you were doing in your own vacuum – you realised other people collected worthless shit as well.”

Shani, who holds degrees in both teaching and the visual arts, now uses her passion for collecting for the best of causes.

Since posting on social media about her passion to rid the world of bread tags and how she wanted to instead populate her art projects with them so they wouldn’t end up in places where they shouldn’t, she has been nothing short of overwhelmed.

“I never anticipated what would happen she said. I am completely blown away.

“I started my bread tag project on Instagram, just posting basic images of bread tags because I had so many. I started collecting them, chucking them into a little container. The first thing I made was an apple because I had a lot of green and red ones.” 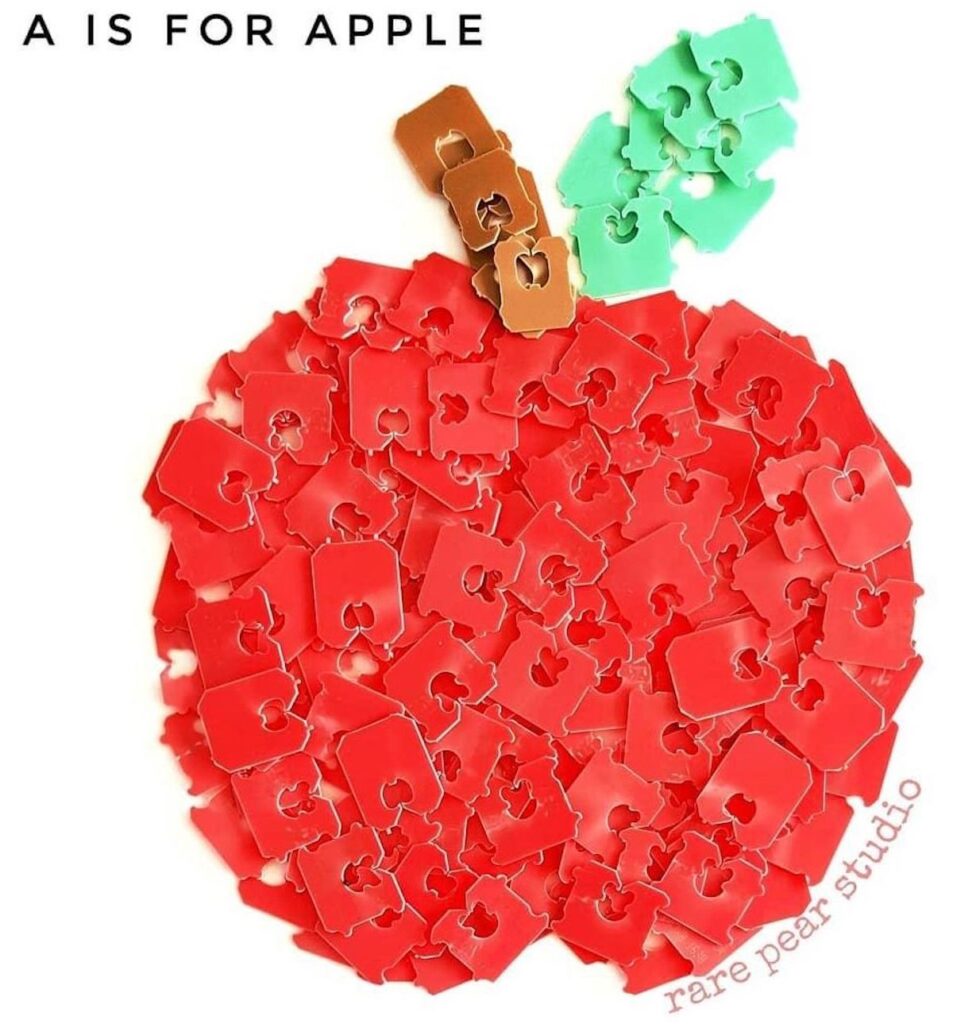 Then she started understanding more about the dangers of the little bits of plastic.

“Coming from an environmentally aware family, I realised quickly that they were not a good thing. I wanted people to become more aware of the dangers of them, so I made art from them. I’m an educator. I believe knowledge equals power.”

She also believes that when it comes to learning, whimsy will beat the sledgehammer approach any day.

“If it’s presented to people as too big a topic, they’ll find it overwhelming and it won’t make them aware of the problem. It will just make them scared.

“What I’ve done won’t change the world, but it will show people that they, too, can make small steps to reach big goals.”

She hasn’t changed the world yet, but she has made a difference. In recent weeks, leading bread manufacturer Tip Top announced that it would no longer use plastic tags – it will switch to the cardboard variety.

“I didn’t do this personally, but I feel immense pride that I may have contributed a little bit.” 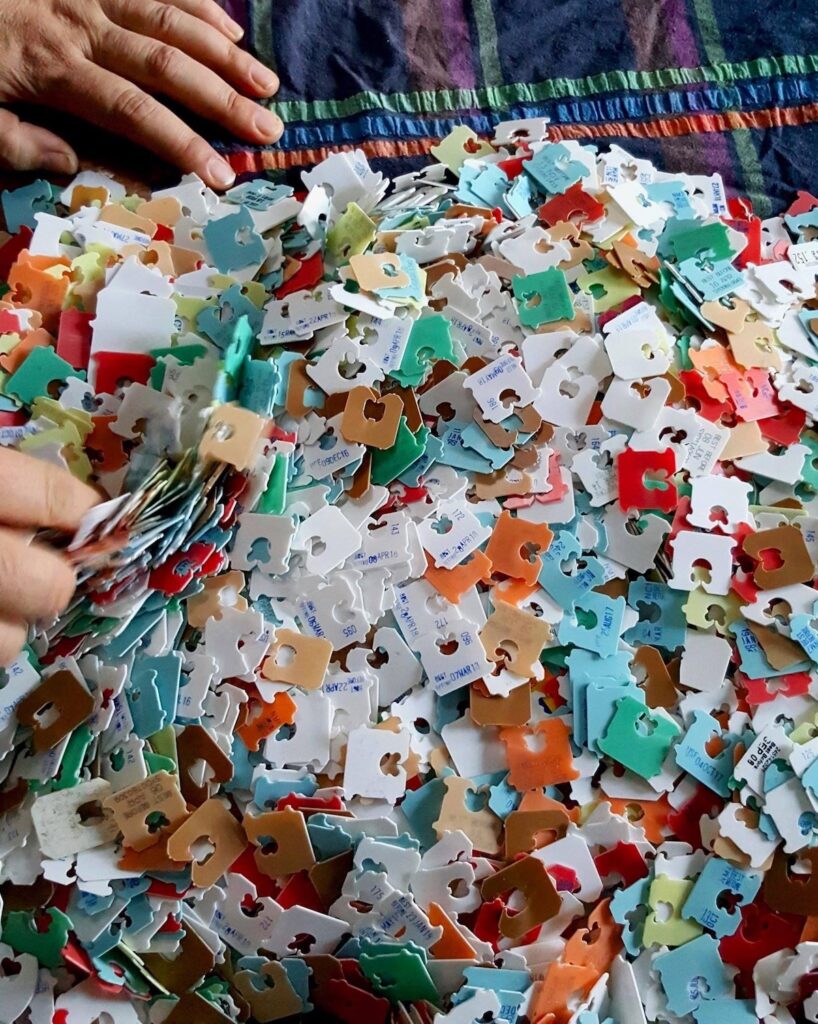 Meanwhile, about a gazillion bread tags have almost taken over Shani’s home in central-western NSW. She still receives bag loads of them in the mail daily and refuses to refuse them.

“I have an art studio in my house, but I can’t use it because it’s full of tags – I’ve even had tags fall out of my bra.

“I think they actually breed – I can’t keep up with them.”

But she continues to accept bread tags so she at least has control over where they end up. You can send them to her at 30 Lachlan Place, Cowra NSW 2794.

Next project – if she can ever make enough space in her home studio again? The larger, more evil cousin of the bread tag – plastic bags.

Do you love collecting? Historic, kitsch, tasteful, weird? There’s no judgement here. Just email a few details about what you collect and why to shopman@region.com.au and you may well see your collection displayed right here for all to enjoy and marvel at. 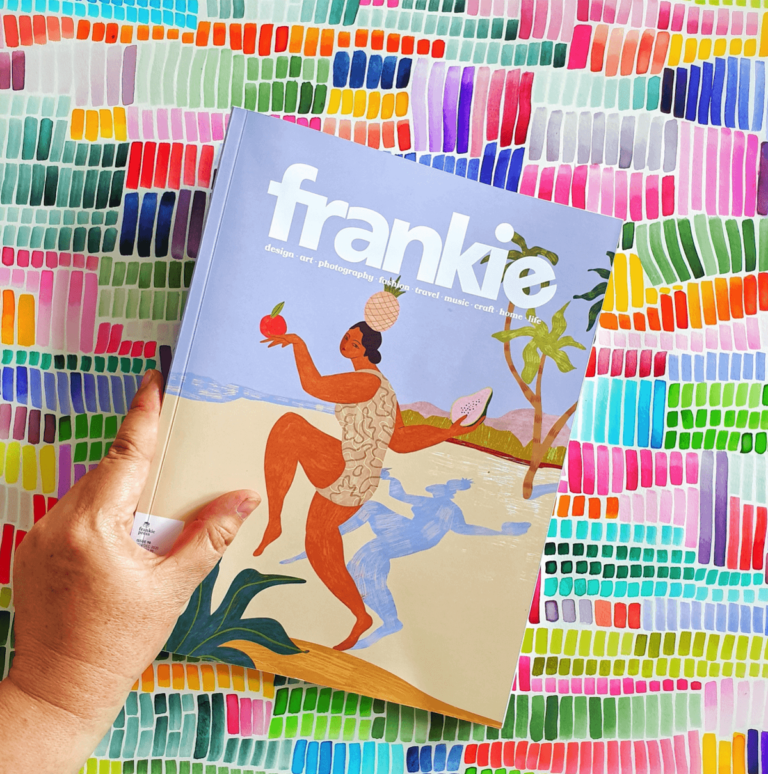 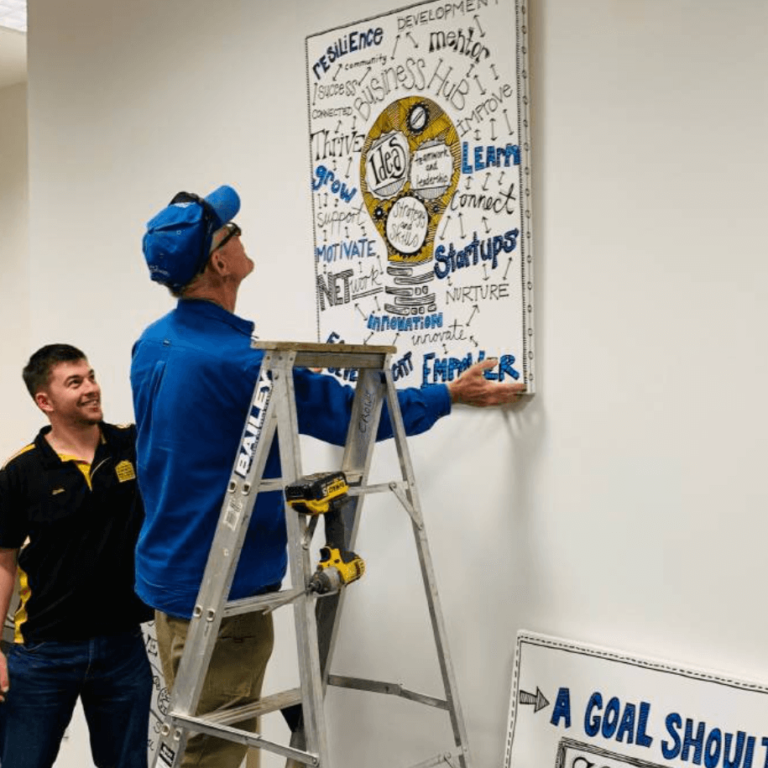 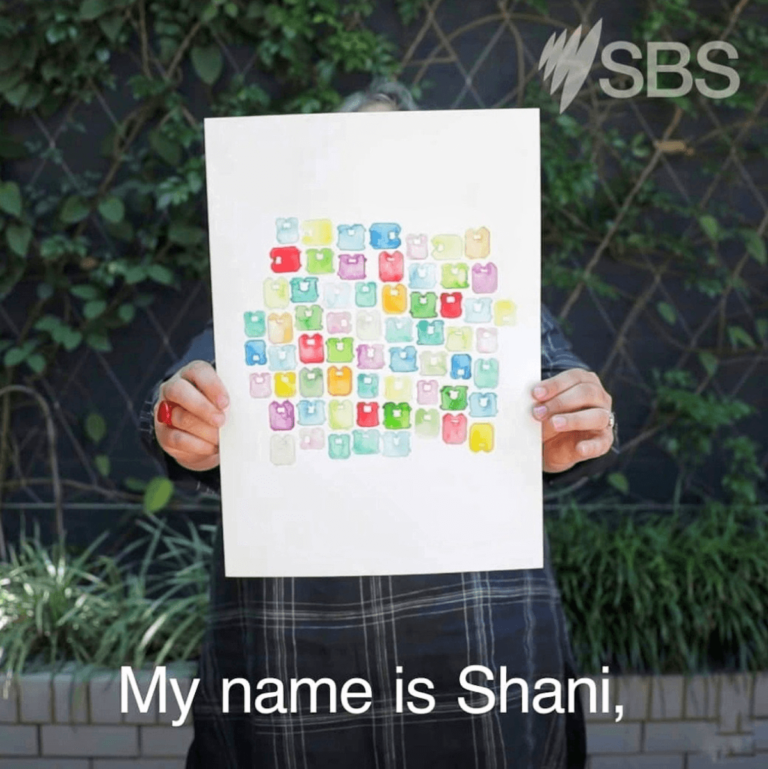 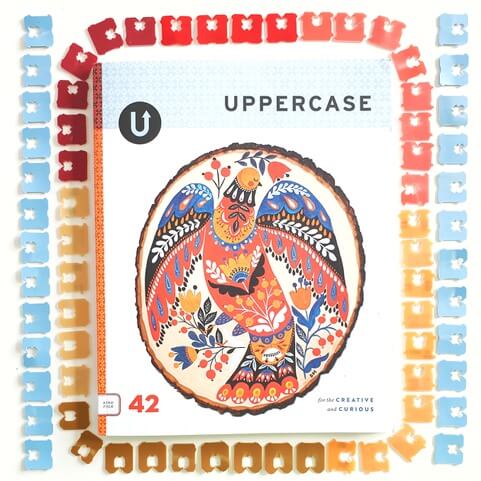 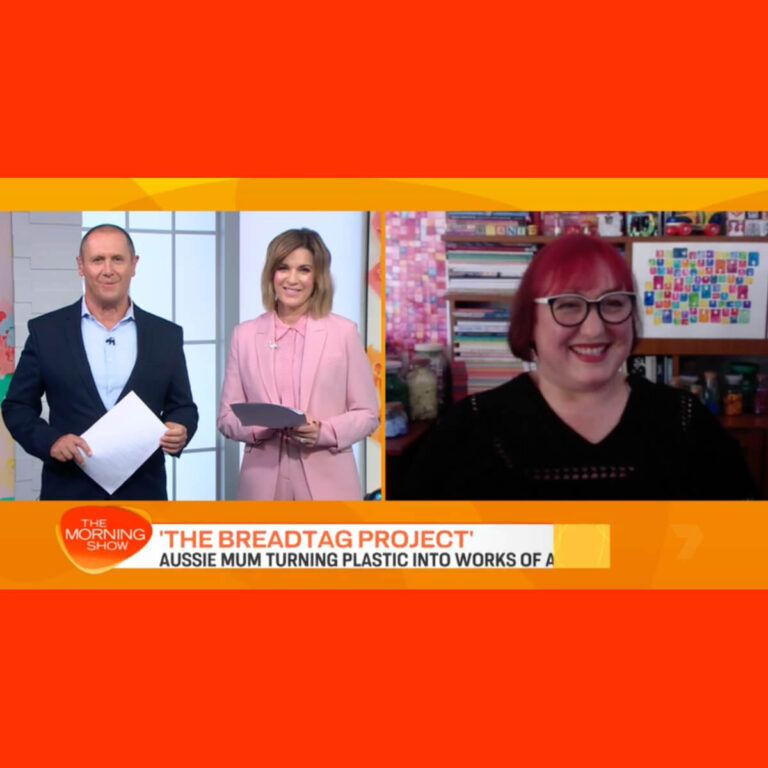